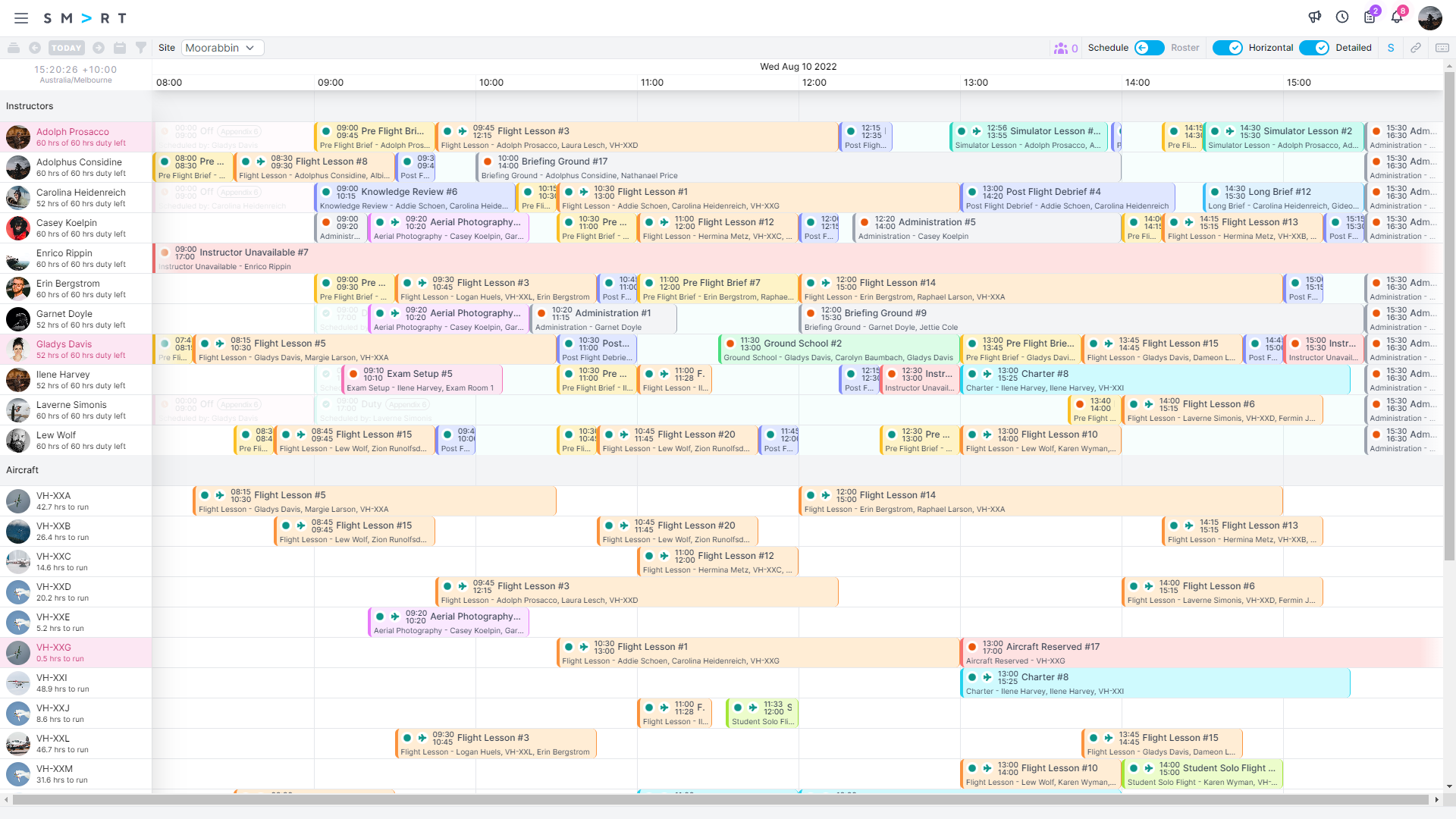 As promised, we’re releasing the biggest upgrade to the Safety Management System since it was built, built with Industry expert Andrew Warland-Browne. Flights got a couple of great new features, and more. Let’s dive in.

Andrew Warland-Browne has been in aviation safety for 22 years and flying planes for over 30 years. Having spent time in both CASA and large flying training organisations his understanding of what is needed is packed into this latest version.

He’s been working with the developers every step of the way to make sure this update provides you with the tools not just for compliance with the regulations, but the tools to improve the safety of your organisation. We want to make it easy for your people to report if they see something amiss. The new user interface is clearer and more intuitive and should encourage them to do so.

We’re not gonna lie, there is a fair bit to cover in this release, we have updated all the SMS documentation to reflect, and encourage you to read through it, but we will cover the main points here. If you need any help with these updates or want help in maximising your use of the SMS, then please don’t hesitate to reach out to our team and we would be more than happy to arrange a time to show you through it.

Reports now better capture the summary, multiple photos or files, if there was any injury or damage and the time it occurred. They also now include Fatigue reporting and incident reporting has been split into Minor Incidents (RRM) and Serious Incidents (IRM) to make for clearer separation and custom processes for each type.

In your Settings under Safety, you can now set reporting Timeframe Targets and Monthly Targets. Timeframe Targets allow you to define the ideal processing times for your reports, like how long should it take between an event occurring and being reported, or from being reported to closed. Monthly Targets allow you to set the anticipated amount of reports, per type, you would expect each month, as some months may be busier than others. While it may seem odd to specify these, a steady flow of Hazard reports for example can indicate a healthy reporting culture within the organisation for example.

The targets alone don’t provide much insight without reports, so there are two new reports under Reporting - the Timeframe Targets report and Monthly Targets report. These allow you to compare and validate your SMS against these benchmarks, seeing where you are over or under, and allowing you to gain insights into your safety culture and its health.

When returning flights you will now be asked whether the aircraft is serviceable and ok to fly. This ensures that any issue is caught straight away and the aircraft is immediately grounded until the issue is rectified, preventing it from being dispatched by someone else who may not be aware of the problem. While many organisations have several safeguards to alleviate this already, this is one extra precaution that may plug that one, crucial hole, in the Swiss cheese.

There is now the ability to create Safety Meetings with an agenda, minutes and invite anyone from the organisation to attend. You can view all meetings past, present and future and see who confirmed their attendance.

Meetings are also available generally to the organisation, should you wish to use it for staff or student meetings, instructor meetings, board meetings, members meetings, general meetings and so on.

When investigating and working through a report, in the past you could create basic tasks for people to complete (these custom actions can be set up in Settings -> Safety). Now they are consolidated into the main tasks system, making it much easier to see which tasks you have been assigned, but also provide better management and administration.

Safety Bulletins can now have tasks attached to them. Much in the same way you would create a task to read a document, you can now do that for your bulletins too. It’s basically the same process as you would have been doing with documents. This way you can ensure the people that need to know have got the message and confirmed it with their new Digital Signature, introduced in our last update.

Finally, if an aircraft is marked unserviceable on a flight return, the new Aircraft Maintenance Manager (which can be configured under Settings -> Aviation) will also receive an email and internal notification.

In your Settings -> Safety you can now set more options for custom report actions, like defining which ones require a task, drag them around to re-order, and set custom descriptions which can trigger emails and phone calls.

The new traffic cone icon on the very top menu bar of the screen allows anybody to report a Hazard, Fatigue, Minor or Serious Incident at any time from anywhere. Reducing friction to report, and making it as simple as possible, all written in plain english to make it accessible for all people in the organisation, regardless of their intimacy with aviation and the lingo that goes with it. In fact, there is nothing stopping you from using the SMS for any safety management within the organisation, it doesn’t discriminate between an electrical hazard in the kitchen or slip hazard in the hangar.

There are so many other little tweaks and adjustments to the SMS, too many to mention here, but it includes features like better CSV exporting of reports, better archiving of reports and bulletins, a new meetings widget on the dashboard, showing the flight ID on logbook entries, fast association of incident reports to a hazard and risk, better report investigation logging for integrity and compliance, better mobile and tablet support, performance enhancements and more. Read the release notes for all the details.

We’ve made a small but much needed upgrade to the Flights area. You’ll now see a row of flight dispatch status tabs across the top, to quickly switch between the different dispatch states of your flights. This should make it easier to see at a glance what operations are pending, underway, and completed.

We also improved the way fuel is calculated, with two new options to configure on your aircraft. A new Taxi Fuel Allowance, which is a given amount of fuel allocated per full stop landing, and the Fuel Calculation setting which allows you to decide which time is used to initially calculate the planned fuel burn. The return form is now sequenced in the correct order to be filled out top to bottom.

There’s the usual bunch of subtle changes under the hood to keep the engine running smoothly, mostly spurred by your feedback and tickets. Remember to keep your constructive feedback coming - our development timeline is guided in part by that feedback, and if we see the same items coming up again and again from different people and organisations, we tend to prioritise that first for the greater good. But that simple little idea you have might be very easy to implement, and end up benefiting all the users of the Smart system! We have some really exciting things planned for the near future we can’t wait to share, so we better get back to it.

Until next time, The Smart Team